Infinity (∞) in Excel: Everything You Need to Know

It is no secret that the symbol shown as an inverted figure “8” is the infinity symbol (also known as the lemniscate symbol). It is widely used in mathematical science to express potential infinity. The infinity symbol represents a numerical indicator with no limits.

But how do you insert this tiny symbol into an Excel spreadsheet? And can you actually use it in your calculations in Excel? In this article, we will introduce methods to do this with ease.

How to Type the Infinity Symbol (∞) in Excel

There are some simple methods to help newbies add the infinity symbol to an Excel spreadsheet. It’s a piece of cake. Let’s take a look!

This method is so simple and easy to use; it is known as the Alt Code Method. Here is the key combination to press in order to add an infinity symbol to your spreadsheet:

1. Click on a cell where you need to add an infinity symbol.

2. Press and hold the Alt key on your keyboard.

3. Type the number combination “236” while you hold down the Alt key.

And there you go! As easy as falling off a log! You’ve successfully inserted the infinity symbol.

NOTE: This key combination works for Windows machines, but it’s just as easy to do on a Mac. Simply hold the Option key and type “5”—that’s it!

1. Click on a cell where you need to add an infinity symbol.

There’s nothing to it!

Is It Possible to Use Infinity in Excel?

This teensy symbol representing a huge concept is easily inserted into an Excel cell. However, the real question is whether it can perform additional actions or not. This question is of interest to many Excel users, especially newbies. Unfortunately, that’s where the trouble lies!

Despite the fact that you have mastered the skill of adding an infinity symbol, the symbol itself cannot be used in calculations in Excel. The lemniscate symbol doesn’t represent the concept of a number but rather immensity. We can visualize the idea of infinity and boundlessness only with the help of this symbol, but the value of the number is not attached to the symbol itself.

Practically, the infinity symbol does not perform other functions, but it is used in formulas. There is a simple explanation for this. In Excel, it may seem like you could keep typing as much as you want (make a number as long as you want), but ultimately, you will reach the end of what the program is capable of handling.

Because of this, trying to activate the infinity symbol simply will not work. It would probably crash the program!

What Are the Most Common Substitutes for Infinity in Excel?

There are some substitutions that can be used in place of an infinity symbol, if you need to use it for a formula. We offer you a couple such alternatives:

2. You can also use the combinations “=1E99” for infinity or “=-1E99” for negative infinity and “=1E-99” for calculating an infinitesimally small number.

These will allow you to work with formulas that include infinity without overwhelming Excel and leaving you with the Blue Screen of Death. Happy calculating! 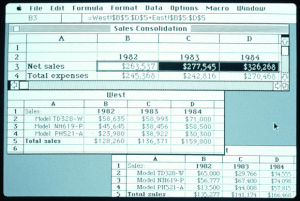 Excel
How to Unmerge Cells in Excel 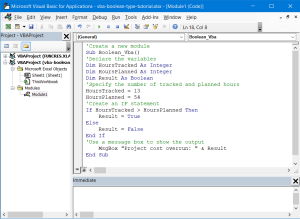